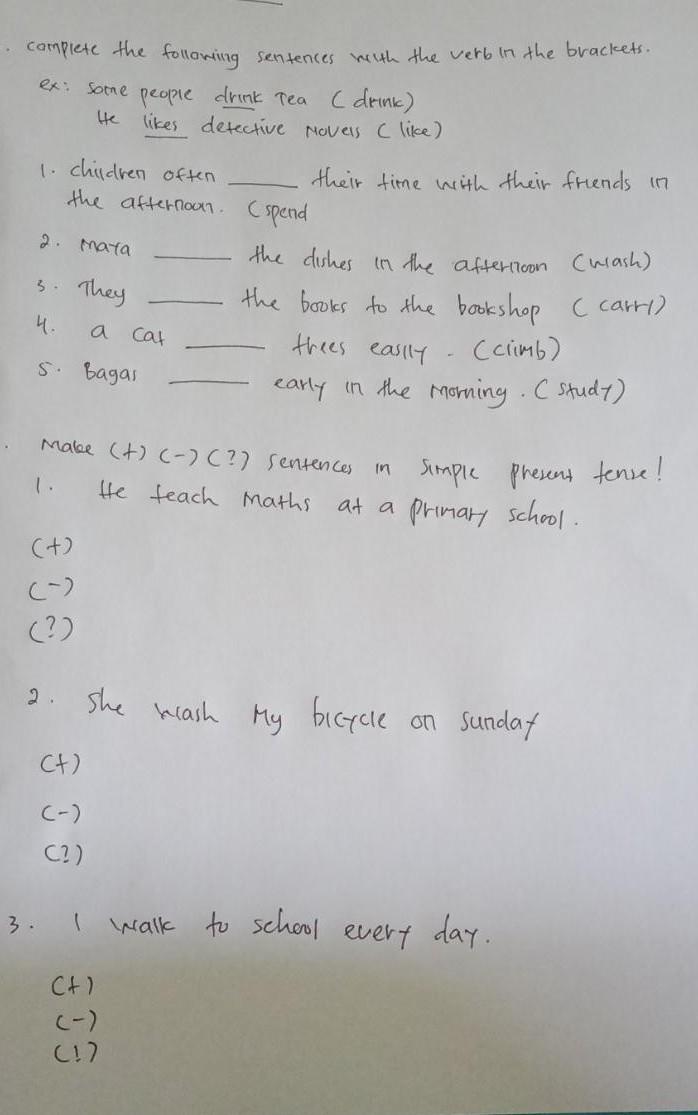 Once there was a husband and his wife who had a baby. They had a dog named Bony. It was a very smart dog and faithful to them. The dog used to take care of the baby while were working in the rice field.
One afternoon, while working in the field, they heard Bony barking. It was running toward them. It’s mouth smeared with blood. The husband shocked and thought that it had killed their baby. Suddenly he took his sickle and threw it to the dog. It hit the dog’s had and the dog head and the dog fell down and died.
Hurriedly they got home and saw the baby sleeping. When the husband looked around in the baby’s room, he found a big snake lying on the floor. It was dead and blood spilled everywhere. It seemed the dog had killed the snake and the killed his faithful dog.
1.    Who was Bony? Bonny was……….
a.    the husband’s name
b.    the wife’s name
c.    the bay’s name
d.    the dog’s name
e.    the snake’s name
2.    Why was the dog running toward the couple?
a.    because it afraid of snake
b.    because it was hurt
c.    because the dog wanted some foods.
d.    because the dog wanted to tell that something dangerous almost happened in                 their home.
e.    because a snake wanted to catch it.

View all posts by admin